Based in London, Policy Monitor is a cyber security company founded by experts with extensive experience in operational and risk management.

Our Vision, Mission and Values

Our mission is to make the UK the safest place to do electronic business.

We say what we do and do what we say.
We act with integrity in all that we do.

We will ensure your firewalls are set up correctly, so that they are functioning effectively and regularly scanning for threats to your systems. 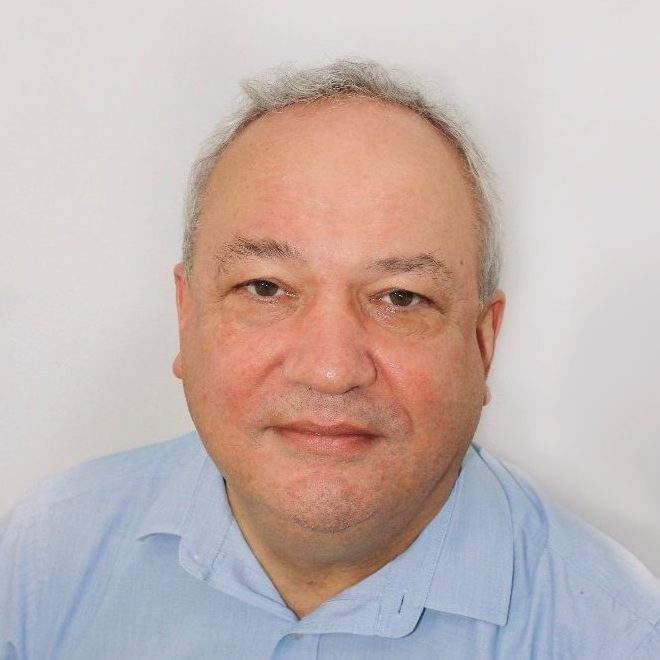 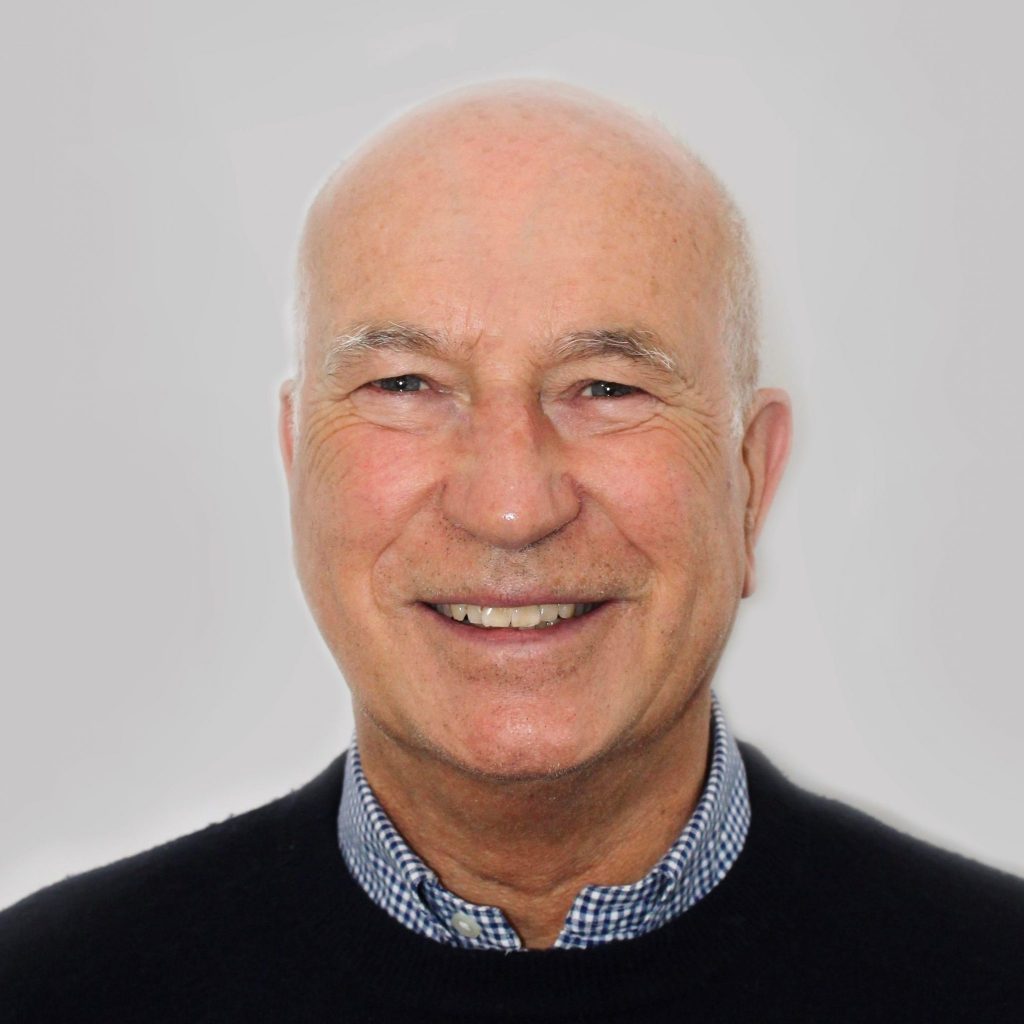 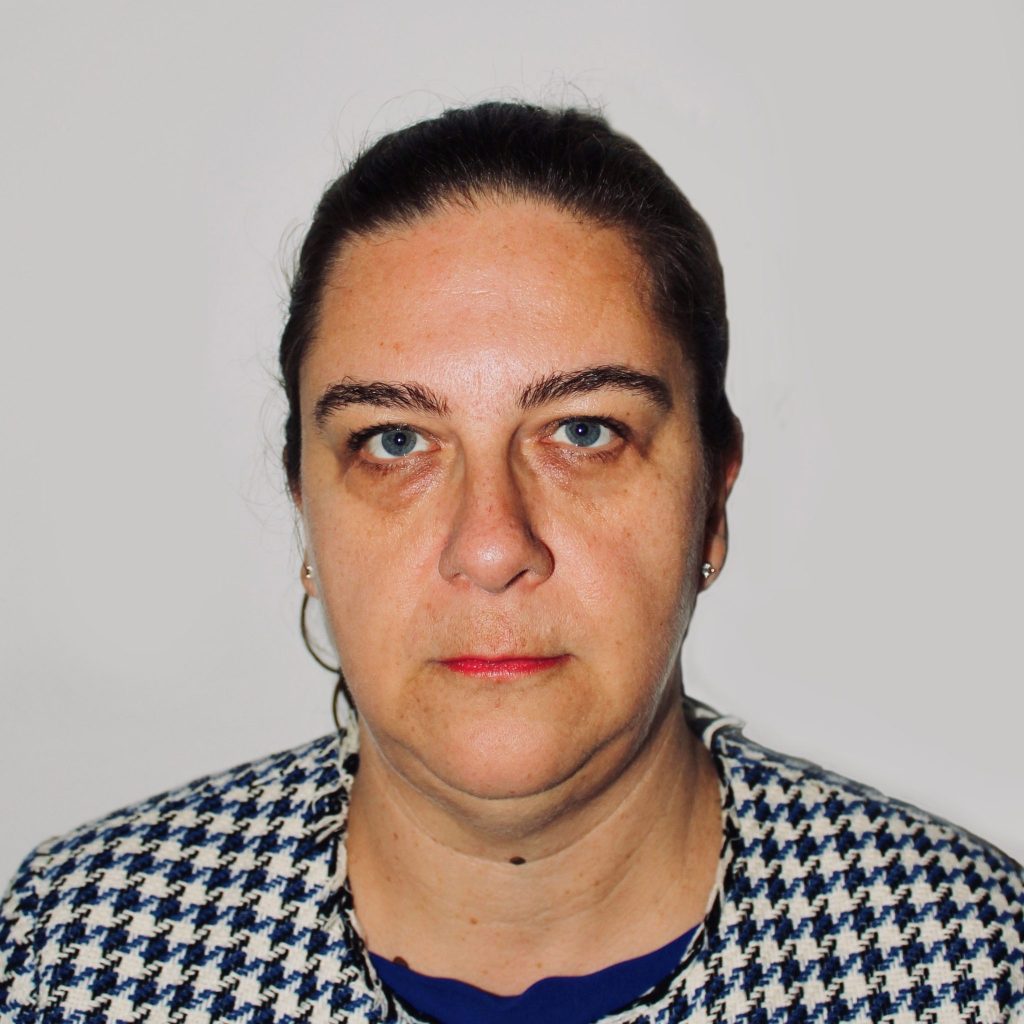 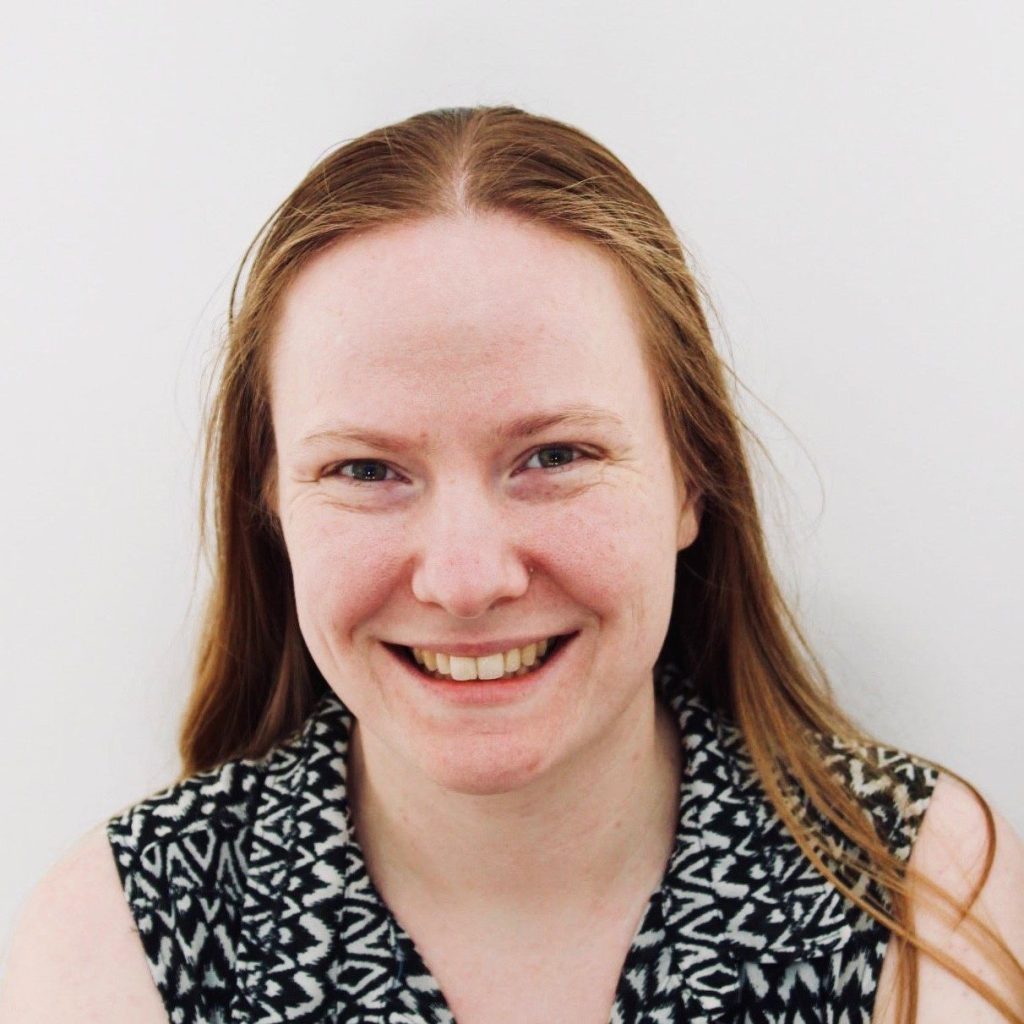 Following 8 years in the Royal Signals, reaching the rank of captain, Nick spent three years with Logica Space and Defence on projects such as the Logica Computer Security Evaluation Facility.

The company developed a specialization in risk management and delivering risk management solutions. Based on their experience STG developed Active Risk Manager (ARM) that was purchased by an impressive number of blue chip corporations such as Nestle, Tfl, AMEC, RTZ, MOD, BAe Systems and Lockheed Martin who used ARM to manage risk on large projects and programs, for example the F35 / Joint Strike Fighter development. After leading STG to a floatation on the London AIM Market and growing the company into a global organization, Nick stepped down from the board in 2007.

Nick then founded Policy Monitor to provided integration and data analytics products and services, predominantly to the public sector, including the Home Office and the Ministry of Defence.  Projects include delivery of an unstructured text mining and analytics solution and the development of battlefield integration software.

As cyber security became an increasingly important, Policy Monitor developed a solution to address the cyber security issues faced by both large and small organizations and founding Cysure Services Limited to develop and deliver a cloud based solution that enables organisations to define and implement their security policy, audit compliance and respond effectively in the event of a Cyber security attack.

Outside work, Dave’s passions revolve around anything and everything to do with a ball and an engine.  He is a rugby coach, has raced motorcycles and travelled the world following motorsport (he says when his long-suffering wife and two sporty teenage sons allow him – or wish to join him)!

Sonja McGurk joined the company in October 2021, having moved back to the UK after 14 years overseas. As a Chief of Staff, she is responsible for all company policies to ensure corporate governance compliance, payroll and company benefits, Board and Executive Committee coordination – as well as coordination with our legal, HR, PR and property support. Prior to joining the company, she worked as an Executive Director of the American Chamber of Commerce in North Macedonia, International Education Consultant for UNRWA in Jordan and Policy Adviser for Foreign Commonwealth and Development Office at the British Embassy in Madrid, Spain. She has a BA degree in English and French and speaks several languages.

During the course of her Degree in Chemistry at the University of Oxford, Jessica found that practical chemistry wasn’t for her. Her final year project introduced her to programming in Fortran 90 and bash scripting, and she hasn’t looked back.

After graduating in 2013, Jessica started working at Policy Monitor and built a solid foundation in Java programming. Working on projects in battlefield interoperability, and skilling up in various technologies, including IBM and RedHat offerings, Jessica has gained experience in a wide range of areas, including databases, web technologies, integration tools, and cloud platforms.

As the company grew, Jessica rose to the challenge of project management and now splits her time between managing and developing with the teams working with battlefield interoperability technology and our own cloud product. 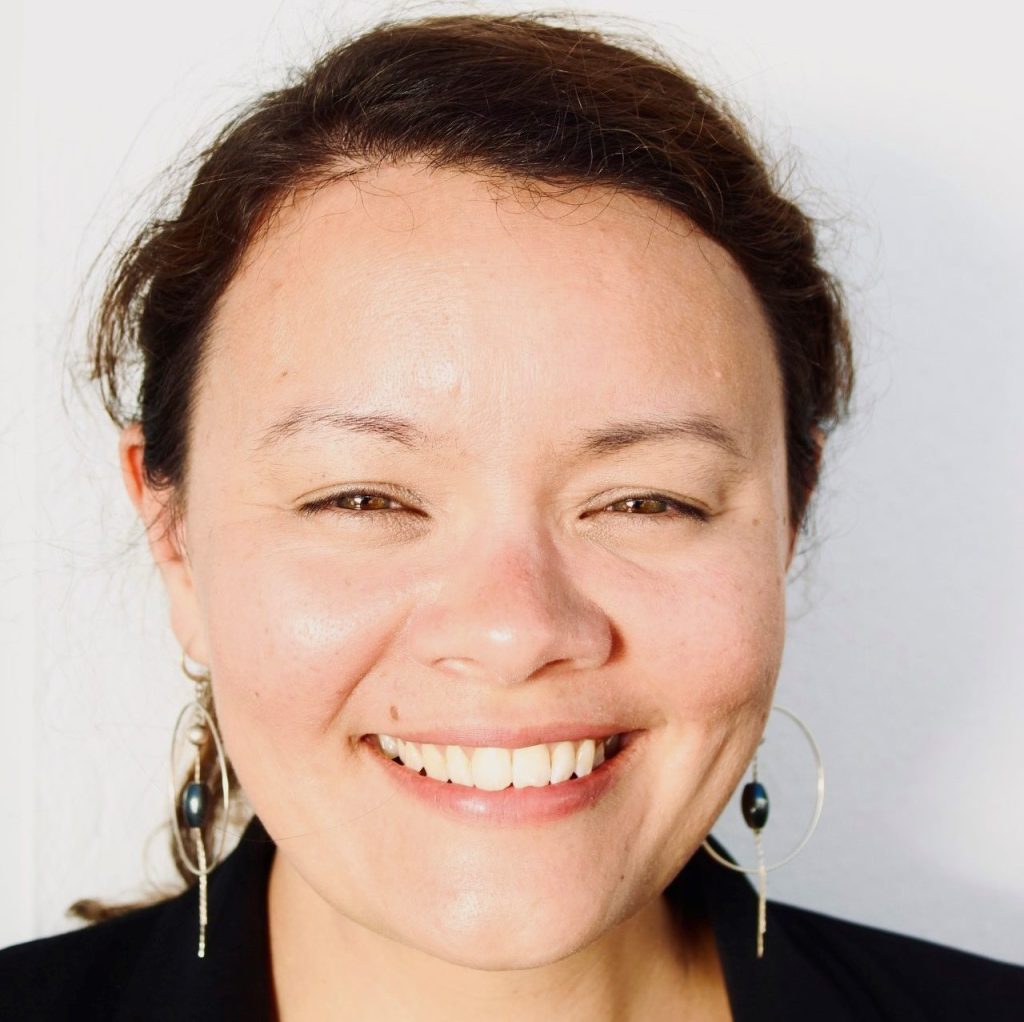 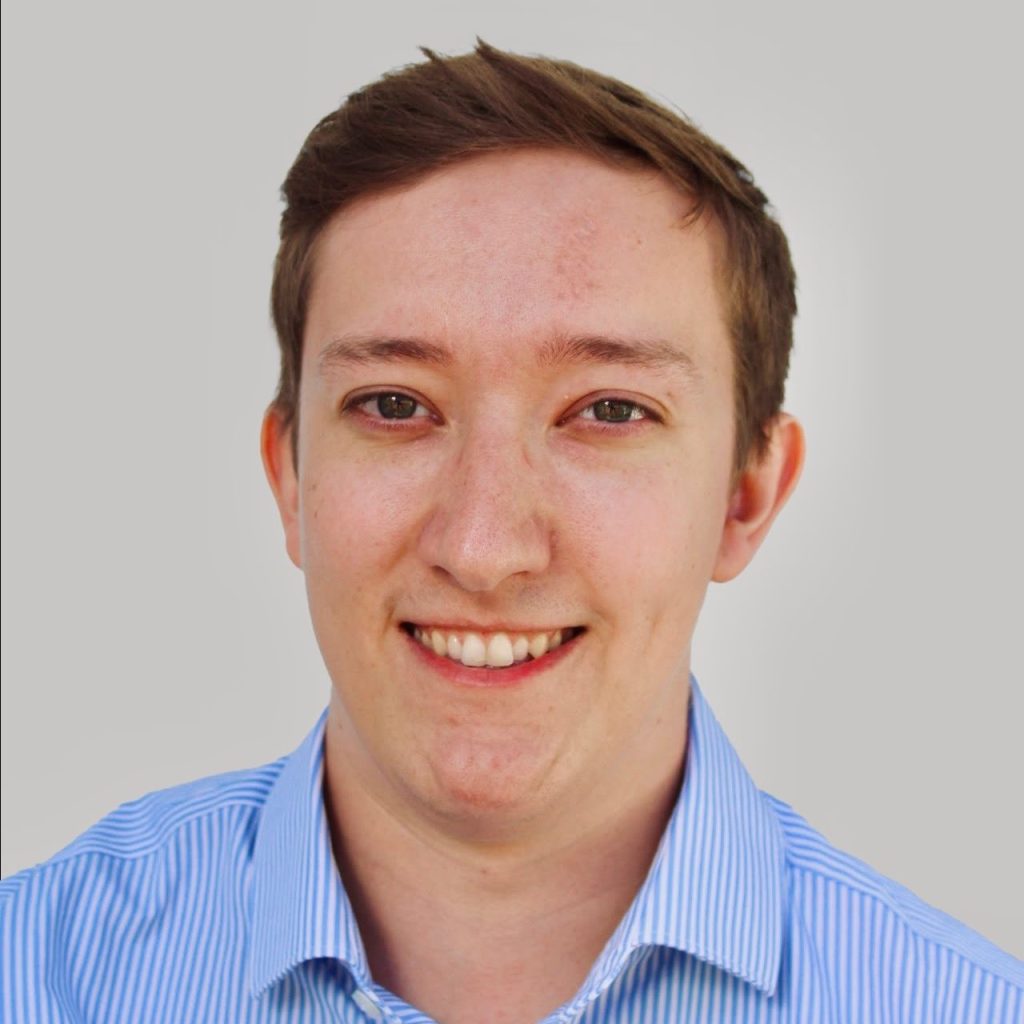 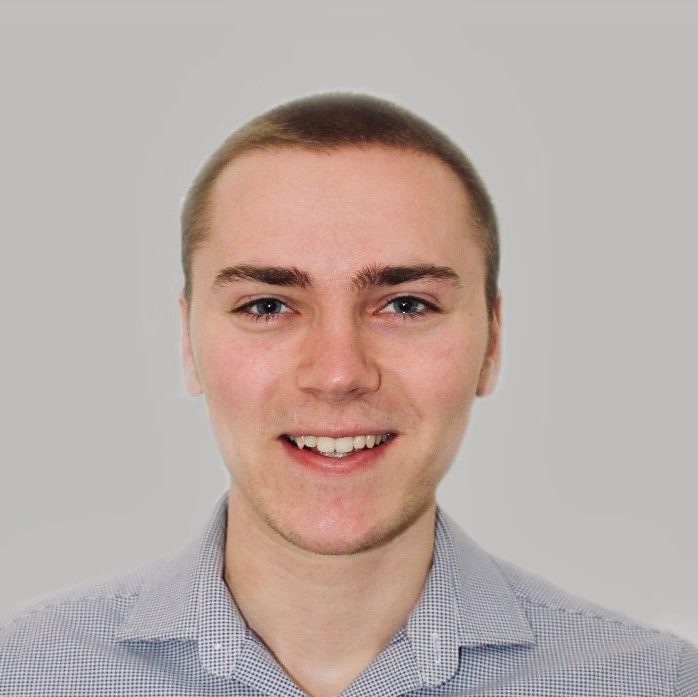 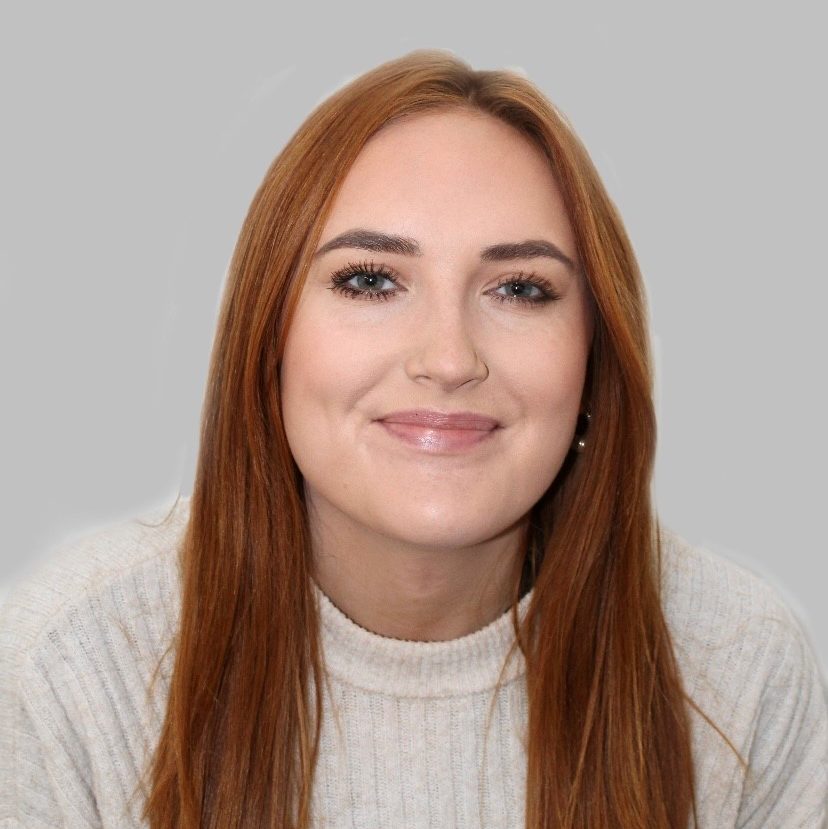 Wendy recently joined Policy Monitor in 2020 after deciding to make a career switch and completing studies with a technical development bootcamp. Since becoming a member of the Policy Monitor team, she has enjoyed gaining experience in Java and Android development on battlefield interoperability projects, as well as working with Angular on the company’s cloud based cyber security solution. Wendy comes from a broad humanitarian background with a Masters in Art Psychotherapy and career experience in fields such as education, art, government and charity-sector communications, PR and mental health. She brings a diverse skill-set to her work and has over seven years of experience engaging directly with clients and stakeholders.

Jamie started at Policy Monitor in 2020. He had previously worked in chemical industry following his Master’s degree in Chemistry, before deciding to pursue his hobby of coding as a career and retraining as a software developer. Since joining, he has built on his knowledge of object-oriented programming through Java and Android battlefield interoperability projects, as well as working on the company’s own cloud-based product.

Eager to kick off his career in programming, Peter spent his time post-graduation engaging with specialist recruitment and training in coding languages, his interest stemming from work he did with MATLAB and C++ as part of his degree. As a Mathematics graduate from the University of Birmingham specializing in Quantum Mechanics and Numerical Methods, Peter was eager to use his logistical skills to carry him through his training, and become a valuable asset to the Policy Monitor development team. With little programming experience prior to joining us, he has since been working with us on several projects in a variety of fields, from front-end web development with Angular, to back-end integration of third-party software and Relational Database Management.

Outside of the workplace, Peter has been a keen musician from a young age playing instruments such as the Saxophone and the Drums. His interests also include sports like long-distance running and Badminton as well as exploring leading environmental issues and campaigning against them.

Zoe joined Policy Monitor in October 2021, a year after graduating from the University of Leeds with a degree in Biology and Mathematics. On graduating during the pandemic, Zoe returned to the same firm she had worked at during her placement year, where she worked as an Internal Auditor. Zoe used this time to develop professionally whilst teaching herself to code at home, having had her heart set on a career in the tech industry since being introduced to coding at university. At university, Zoe was exposed to languages Python and R and, although intimidated at first, soon realised it was something she loved doing. From then on, Zoe engaged in as many coding opportunities as her course offered, starting her transition into tech.

Zoe’s goal now is to continue learning and developing her knowledge and, some day in the future, would love to combine her different skills to assist in medical and environmental industries. Outside of work, Zoe enjoys everything food, and is always trying to find both new restaurants to eat at and recipes to make. She also loves travel and anything that requires an artistic eye, from painting and sketching – to decorating and designing!

Want to learn more about working with us?

We use cookies on our website to give you the most relevant experience by remembering your preferences and repeat visits. By clicking “Accept All”, you consent to the use of ALL the cookies. However, you may visit "Cookie Settings" to provide a controlled consent.
Cookie SettingsAccept All
Manage consent

This website uses cookies to improve your experience while you navigate through the website. Out of these, the cookies that are categorized as necessary are stored on your browser as they are essential for the working of basic functionalities of the website. We also use third-party cookies that help us analyze and understand how you use this website. These cookies will be stored in your browser only with your consent. You also have the option to opt-out of these cookies. But opting out of some of these cookies may affect your browsing experience.
Necessary Always Enabled
Necessary cookies are absolutely essential for the website to function properly. These cookies ensure basic functionalities and security features of the website, anonymously.
Functional
Functional cookies help to perform certain functionalities like sharing the content of the website on social media platforms, collect feedbacks, and other third-party features.
Performance
Performance cookies are used to understand and analyze the key performance indexes of the website which helps in delivering a better user experience for the visitors.
Analytics
Analytical cookies are used to understand how visitors interact with the website. These cookies help provide information on metrics the number of visitors, bounce rate, traffic source, etc.
Advertisement
Advertisement cookies are used to provide visitors with relevant ads and marketing campaigns. These cookies track visitors across websites and collect information to provide customized ads.
Others
Other uncategorized cookies are those that are being analyzed and have not been classified into a category as yet.
SAVE & ACCEPT

Thank you for completing this survey. Please fill out the form below to receive your results via Email.

Drop us a line and we’ll get back to you as soon as we can!